Call the ghostbusters! I’m blogging TWO days in a row!!! Holy guacamole, that is completely unheard of these days from me. But Whatever. So…. have you heard all the hype about spiralizers lately? Especially this one., because it keeps randomly going on sale (I think I paid $23). Anywho it FINALLY arrived because I had ordered it with a book-preorder and when I found some dishwasher tabs half price on amazon, it shipped when they did. YAY!

I’m gonna tell you the things that “they” leave out. Maybe It’s because I’m a little bit slow when it comes to kitchen gadgets but these two things kinda surprised me: 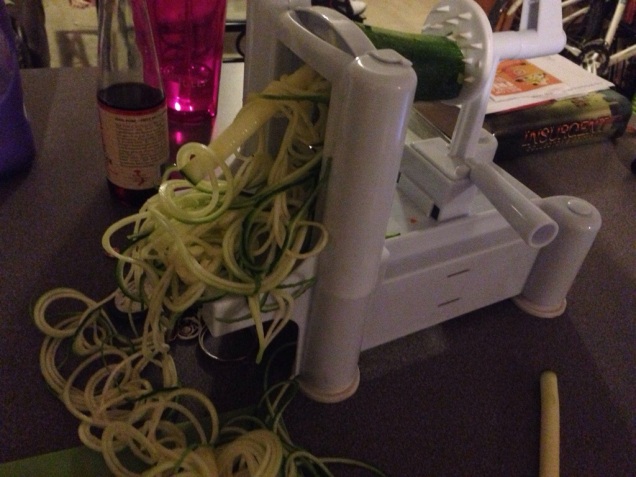 I mean you don’t have to throw it away. You can always use your sophomoric sense of humor to create fun gestures with the extra veggie scraps. They don’t look like anything weird do they???

I’d never do that. I don’t know what you’re talking about.

Yesterday was a rest day from crossfit, so I decided to take the extra time to wash my sheets and get to know my new spiralizer. Which is why I absolutely needed to blog today.

We made Vietnamese Stir Fry from SlimPalate. Let me just say…. it was so delicious Brad and I devoured the whole first plate in less than 5 minutes.  After that he kinda looked at me sideways and went “Uh…. are you still hungry?” and I went “YUP!” and we proceeded to finish off the entire batch. Thank GOD I decided at the last minute to go ahead and double the recipe!!! Seriously if you make this double the recipe.

OMNOMNOMNOM. It seriously looks just as good as it tasted.

Here’s this morning’s paleo-zone ish breakfast (we usually do applegate farms chicken sausage but it’s been out of stock at walmart for the past two and a half months, so we used leftover bacon from Sunday’s epic breakfast).

Two eggs. 2 bacon. Handful of raspberries, half a banana, and a big ol scoop of almond butter. Which means it’s no longer zone-friendly. But who cares… Why does “raspberry” have a “P” in it? 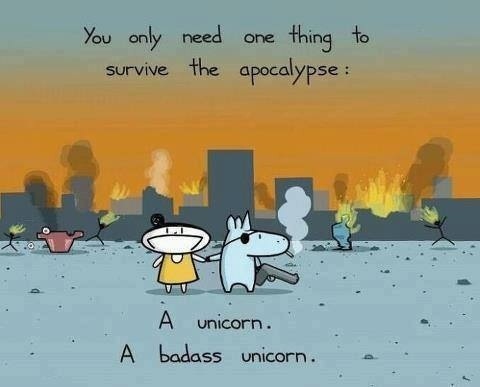 One thought on “First Spiralizer Experience”